Lutheran ministry of Bethel reaching out to help others

Sharon Bortz of Mt. Pleasant, formerly Sharon Smith of Ottumwa, watched the Miss America pageant this year with intrigue and special interest. Emma Broyles was the first Alaskan and the first Korean-American to hold the title in the 100-year history of the competition.

Sharon tiptoed to her bedroom closet, stood up on a stool and reached for a shoebox. As she opened the shoebox, she visualized its contents: two containers of face powder, a tiny cosmetic box, a Toys-for-Tots locket and various newspaper clippings. The memories returned.

Sharon was a little girl in Ottumwa in the 1950s. She lived on Ray Street on the South Side. Across from Sharon lived a very poor little old lady in a dilapidated house, Hazel Criswell. The house did not have running water. Hazel used an outhouse and carried water from a garden well.

Hazel was the housekeeper of LaVerne Morris and his wife. Morris was the pastor of Davis Street Christian Church in Ottumwa. Childless, the Morriss traveled to Nebraska to adopt a beautiful baby girl, Carol. Carol Morris would teach Sunday School at Davis Street Christian Church and would become Miss Ottumwa, Miss Iowa, Miss America and Miss Universe. To say that she was the pride of Ottumwa and her parents is an understatement. The items in the shoebox belonged to Carol Morris. Carol, a teenager, before being Miss Ottumwa, outgrown the items and gave them to their housekeeper, Hazel. Hazel in turn gave the items to Sharon. Sharon felt honored to have been chosen by Hazel to receive the cosmetic toys. Sharon loved cosmetics and spent hours pretending she was tall and wore makeup. Later, when Carol Morris won beauty pageants, Sharon was overjoyed to realize that she had Miss America’s childhood cosmetics.

At the bottom of one of the containers is the words “Avon Translucent Uniform Finishing Loose Face Powder with Puff”. Holding the container against her nose, Sharon can still smell the scent she identifies as Miss America.

Hazel Criswell, although poor, was known around Ottumwa as “Mom Criswell” and was famous for giving hugs and kisses, which Sharon ate. Hazel was once married to the chief of police and rumored that the chief was preventing the city from forcing Hazel to modernize her house.

Hazel’s prized possession was a Model T Ford which Sharon said was a 1926 Runabout, as Hazel liked to “run” around Ottumwa. Hazel drove Sharon and everyone who wanted a ride. Hazel has been seen on the streets of Ottumwa driving, waving and laughing and having fun taking walks and cuddling.

Very poor, working as a housekeeper for Pastor Morris and his wife, Hazel provided her only income. She knew that when she died, there would not be enough money to cover her funeral expenses. So, she made arrangements with Johnson Funeral Home so that they could have her Model T Runabout if they were covering the cost of her funeral. Hazel had a grand funeral and people said she enjoyed hugs and kisses.

Sharon Bortz, formerly Sharon Smith of Ottumwa and now in her seventies, occasionally pulls out cosmetics that belonged to the little girl, Carol Morris, who became Miss America. Sharon remembers pretending to be pretty (she is) and wearing makeup. However, she has a clearer view of Hazel Criswell, poor as a church mouse, driving around town in her Model T Runabout, laughing and offering hugs and kisses to anyone who would accept them. “You can’t have too many hugs,” Mum Criswell liked to say.

Next Deceased: George O. Wood, who led the Assemblies of God in G...... | News and reports 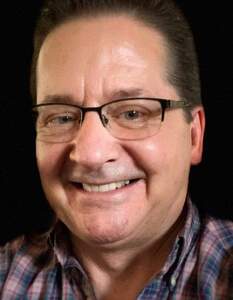