Robert L. “Bob” Duncan, 78, from Edwardsport, passed away at the Freelandville Community Home on Wednesday, November 24, 2021.

Bob was born October 23, 1943 to Sullivan, son of Oscar Duncan Jr and Helen M. Wehmier Fairhurst. He was a pastor, evangelist and carpenter. He graduated from North Knox High School, obtained an associate’s degree from the University of Vincennes and a bachelor’s degree from the University of Oakland City. He was a pastor, member of the Newberry Christian Church in Newberry, and he served his country in the United States Navy during the Vietnam War. He was also a member of the American Legion and was a member of Masonic Lodge No. 429, where he was Past Master.

He married Beverly Kay Frederman on August 18, 1974 and they lived together for 47 years.

He was predeceased by an infant son, Billy; his parents; and a sister, Betty Miller.

The funeral will be at 1 p.m. on Saturday at Duesterberg-Fredrick Wampler Shaw Chapel with Pastor Jon McKinnon officiating. He will be buried in the municipal cemetery of Edwardsport.

The family will receive friends from 11 a.m. until the time of service. A Masonic service will be held at 12:30 p.m., and military honors will be presented by the All Weather Firing Squad.

Commemorative contributions can be made to the Wounded Warriors Project in his memory.

Next A Christmas classic with a Christian adaptation returns to Alexandria

Is Indonesia going to make its way in the space race? 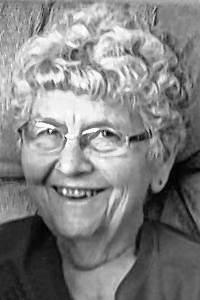