When Westminster United Methodist Church in Houston resumed in-person services late last year, after a seven-month hiatus due to COVID-19, there were Sundays where only three worshipers showed up, according to pastor, Meredith Mills.

Attendance has increased slightly since then, but it’s still only about half the pre-pandemic turnout of 160 or 170, Mills estimates.

At Temple Beth El in Charlotte, North Carolina, Rabbi Asher Knight was delighted that the recent Hannukah celebrations drew around 300 people in person. Overall, attendance is now around half of pre-pandemic levels, but an improvement from times earlier in the year when only a handful of worshipers appeared.

â€œIt was demoralizing and painful to run the cult with hardly anyone,â€ he said. “But in October and November, people got the booster and their children were vaccinated and they slowly started to come back.”

By registering, you accept the conditions

In September, amid an increase in COVID cases, Temple Judea in Coral Gables, Florida observed Jewish High Holy Days without in-person services. To keep the shrine from looking so empty for online services, Rabbi Judith Siegal and her team filled it with cardboard cutouts depicting members of the congregation, including children and pets.

In-person worship has now resumed and the weekly attendance range – 75 to 125 – is near pre-pandemic levels.

â€œWe always wear masks and the seats are always distributed,â€ Siegal said. “But our members love it.”

Some places of worship are doing better, others less well. Surveys from the Associated Press-NORC Center for Public Affairs Research show how church attendance has plummeted at the worst of the pandemic last year, though many say they are now returning to regular attendance.

Among mainline Protestants, only 1% said in a May 2020 poll that they attend in-person services at least once a week. In the new poll, 14% say they are doing it now, compared to 16% who say they did it in 2019.

At St. Ambrose Catholic Parish in Brunswick, Ohio, the six services each weekend drew a total of about 3,800 worshipers before the pandemic, according to pastor Bob Stec. Current weekend attendance is around 2,800, Stec says, with 1,600 or more households joining the worship service online.

John Elkins, a pastor teaching at the Sovereign Grace Fellowship in Brazoria, Texas, said 25 to 30 people have attended services recently, up from about 50 before the pandemic.

“For some, I was not political enough,” he said by email. â€œSome wanted more activities, others just stopped going to church. “ 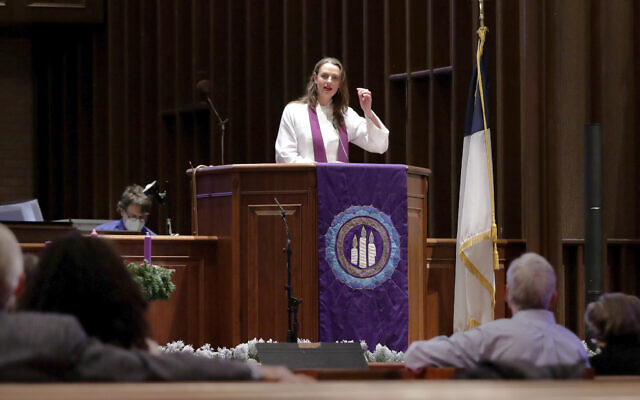 Reverend Meredith Mills delivers a sermon from the pulpit during the day’s second service at the Shrine of Westminster United Methodist Church in Houston, December 12, 2021 (Michael Wyke / AP)

Sovereign Grace, a Southern Baptist church, had never offered worship services online before the pandemic. When in-person worship was cut short for a month in 2020, leaving online worship as the only option, Elkins said he was offering more crisis counseling to members of the congregation than ever before.

In the much larger First Church of God in Columbus, Ohio, there was an almost total cessation of in-person worship between March 2020 and September of this year. On two Sundays in September 2020, worshipers were invited to return to church to test the feasibility of in-person services.

“But it was obvious they were still uncomfortable – they came dressed as if they were working at Chernobyl,” Senior Pastor Bishop Timothy Clarke said of hazmat suits. appropriate to deal with a nuclear disaster.

Before the pandemic, the predominantly African-American church held three services every weekend, including one on Saturday evening, with an average total attendance of 2,500 people. Now there is only one service on Sunday and only 500 worshipers – with masks and proof of vaccination – are allowed to enter a sanctuary that can accommodate more than 1,500 people.

Returning to worship in person “gives us a sense of connection and community,” Clarke said. “But you also have security.”

At All Saints Episcopal Church in the Borough of Brooklyn in New York City, average Sunday attendance fell from around 140 pre-pandemic to 30 before rebounding, reaching 120 earlier this month. Reverend Steven Paulikas assigns a mandatory mask policy.

â€œWearing a mask makes people feel comfortable about their health and allows them to do what people come to church to do – worship God,â€ he said. 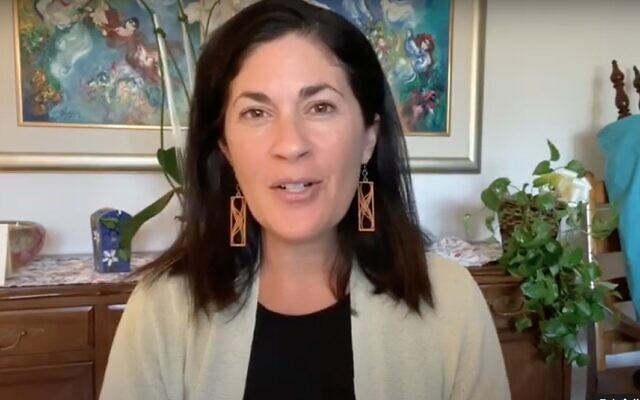 Attendance is down sharply from pre-pandemic levels at St. Barnabas Lutheran Church in Cary, Ill., Which halted in-person worship for more than six months in 2020. Instead of this, she organized drive-thru in the parking lot.
Before the pandemic, around 115 people would attend one of two services offered on Sundays, said Pastor Sarah Wilson. Now there is only one service and attendance has dropped by more than half.

â€œSome families are still nervous about being in a room with others, even though most of those present are vaccinated and we need masks,â€ she said. “Other people have rearranged their priorities and worship is not one of them.”

Before the pandemic, Friendswoods Sunday services reportedly attracted around 900 worshipers; Bass was delighted that around 650 people gathered when the shrine reopened for high-energy, music-filled services on December 5.

However, he said average attendance was only half that during most of the pandemic, creating a shortfall of $ 400,000 in expected donations.

Like many places of worship, Friendswood offered online services as an alternative to in-person attendance. He sees them as a mixed blessing – a plus for older members of the congregation worried about their health, but a deterrent for others who are increasingly disconnected from the church. 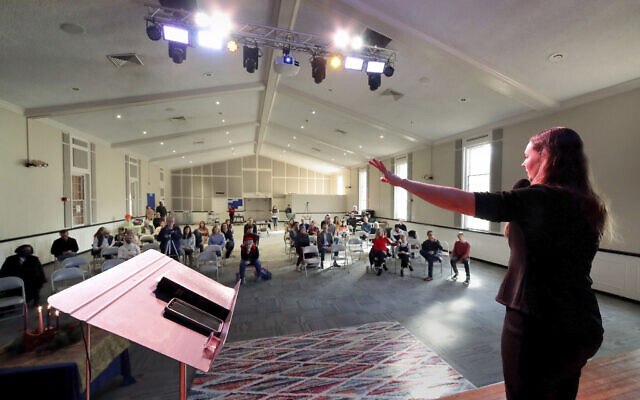 Reverend Meredith Mills delivers a sermon to around 70 in attendance as they sit in folding chairs at the inaugural church service, held in the Fellowship Hall, Westminster United Methodist Church, Houston on December 12, 2021. (Michael Wyke / AP)

Among Christians, the option of online worship has been adopted by many evangelical Protestants, according to the AP-NORC poll. About 3 in 10 people have broadcast live services at least once a week in recent months, compared to about 1 in 10 Catholic or Protestant.

According to the poll, three-quarters of evangelical Protestants say they pray privately at least once a week, compared to about half of Protestants and mainline Catholics.

About a quarter of evangelical Protestants report having recently spoken by phone or video conference with a religious or spiritual leader at least a few times a month, compared to about 1 in 10 Protestants and Catholics.

Some religious leaders, like Meredith Mills, see bright spots, like more energy in the church, even with fewer worshipers.

â€œThose who are showing up right now are the ones who really want to be there,â€ she said. â€œThere is a lot of joy in the room on Sunday morning. This is one of the reasons why, despite everything, I still love my job. 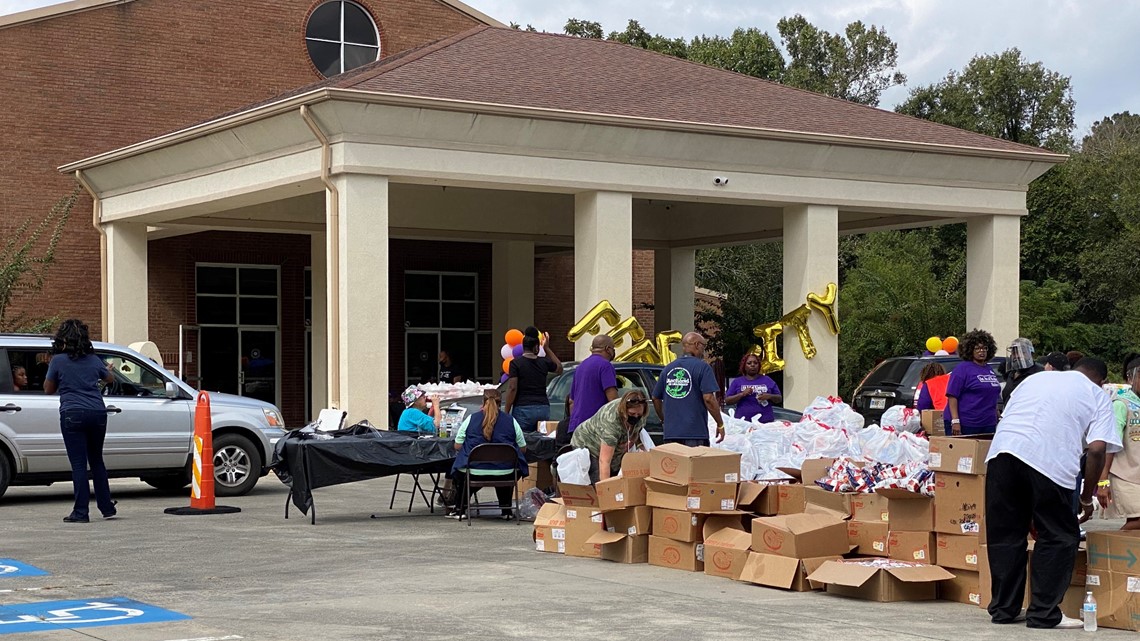