Loving your neighbor and serving the poor are the foundations of what it means to be a faithful Christian. For more than 200 years this “Christian nation” has failed in this calling. When Haiti gained independence from the French in 1804, John Adams wanted to recognize Haiti as an independent country. He hoped to open trade with the newly formed government, but Thomas Jefferson refused, lest American slaves begin to see each other as equals. In the modern age, any new immigration law created by Democrats or Republicans over the past 50 years still finds a way to ignore the needs and demands of the Haitian people. Apparently, Haiti is too poor and too black for America to love and serve. The church has failed in Haiti, the politicians have failed in Haiti, and America has failed in Haiti.

Somewhere along the line of American Christianity, loving neighbor has become ourselves, and serving the poor has become the belief that the poor get what they deserve. I hear it all the time. It is found at all levels of our culture, in our books, our films, in politics and certainly in the church.

“Happy are the poor.” This is the opening sentence of the Sermon on the Mount, and also of the sermon I gave in Cité Soleil, Haiti, in 2001. It was in a small church, in a room upstairs, and I had no prior knowledge that I was preaching. It’s a message that everyone in this room fully understood – and one that has remained a complete mystery to the American Church. In America, those who have are blessed and those who are blessed have. In the kingdom of God, however, the first are last, the accursed are rich and the blessed are poor.

The sermon continues with “blessed are those who cry,” a phrase that was all too familiar to the Haitian people in this room. Death and loss surround these incredibly resilient people. Their faith never falters, their smiles never cease, and their sense of God’s blessing always remains. In America, where we have so much, our faith is limited, our smiles are scarce, and our self-esteem is minimal.

“Happy are the meek”? Seriously, is anyone in the United States ready to adopt such a phrase? Those of us who have been submissive and forced to submit understand this sentence well. Neither of us enjoys the experience, but Christ believed the earth was ours. I can tell that the Haitian people in that church that day knew this phrase well and their cries of “Amen” started to grow louder. If there is such a thing as the Holy Spirit, then that little upper room church in the poorest city in the western hemisphere was filled with it more powerfully than I have felt at any other time in my life. life.

The sermon continues with blessings for those who hunger for righteousness, for those who show mercy, and for peacemakers. It was as if Jesus was speaking these words specifically for the Haitian people. American evangelicals have tried to reclaim this passage, but in their hearts they know these words are not for them. This is why evangelicals try to focus their attention on words that Christ never spoke – because he never once spoke of the values ​​of current white American evangelicals. But with every sentence I said that day in that little church in the upper room, the amen got louder and louder.

And then I came to this sentence: “Happy are those who have been persecuted for righteousness.” The man who interpreted my sermon in Creole preached as if we had worked together for years, despite the fact that we had never met before and had never met since. After speaking these words of Christ, I asked the church, “Have you not been persecuted? After my Haitian preaching partner repeated my words, the church exploded with the loudest and most passionate “Amen” I have ever heard. I was surprised that the roof was not blown off. It is still the most powerful moment I have experienced in all my years of ministry. The Haitian people knew that Jesus was speaking to them. They were seen, heard and loved, and their reward was yet to come.

As I watch Haitians being turned back to the Mexican border with so much contempt and violence, I remember my time in Haiti. I remember the words of my Savior in Christ. I remember the call to all Christians and the call for what some are trying to call a Christian nation. We are lost in America today, desperately in need of a better understanding of what it means to be a member of a community. We are selfish, self-centered, isolated, hateful, greedy, and lacking in empathy for anyone who does not know our own painful path.

The Haitian people have very little, but they know what it means to have faith. They understand the community, they understand the family, sacrifice, suffering, defeat, mercy, grace, love and forgiveness. Those are the pieces that we are missing, and when we reject these people at the border, we turn our backs on what it means to be human. For so-called believers, to reject the Haitian people is to reject Christ. It could mean, if you believe in such things, that our lack of mercy will be applied against us when we seek to enter the kingdom of heaven. It certainly means that we are lost and unhappy here on earth. The United States has so much potential and so much opportunity to show love, grace, and mercy. If we are to survive this difficult time in our nation’s history, we must look to those who already have these traits and try to live accordingly. 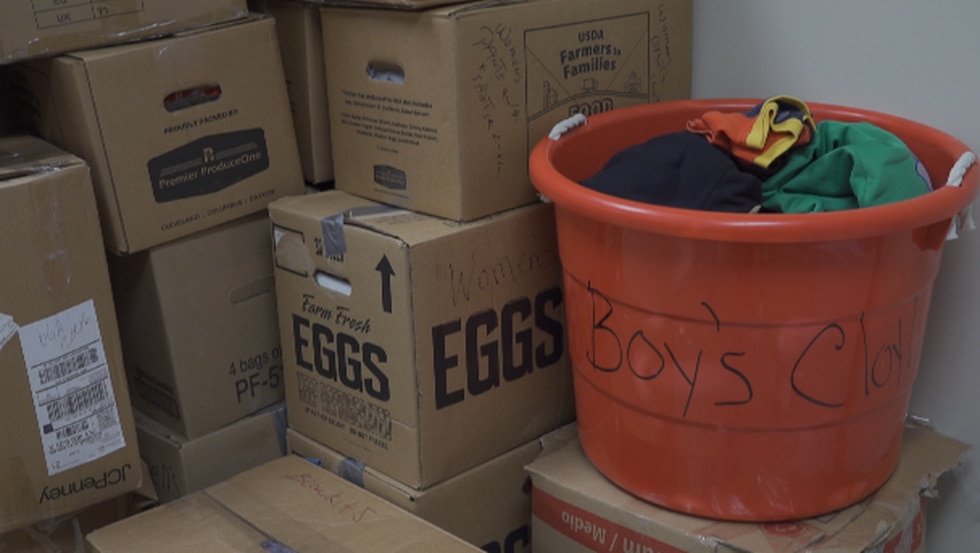